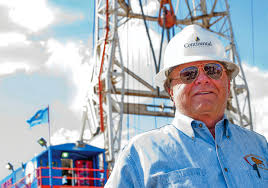 Regulators in Texas meet Wednesday to consider a request to force a reduction in crude oil production and the move has the support of Oklahoma’s billionaire oil producer Harold Hamm.

The founder of Oklahoma City’s Continental Resources Inc.  wrote the Texas Railroad Commission last week stating his support for prorationing of oil. Oilman Mike Cantrell cited Hamm’s letter during a Friday news conference held by members of the Oklahoma Energy Producers Alliance who asked Oklahoma regulators to do much the same in the state’s oil production. 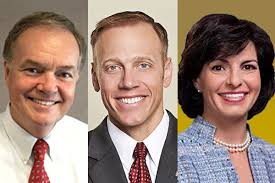 In his April 8 letter to Texas Railroad Commissioners Wayne Christian, Christi Craddick and Ryan Sitton, Hamm was brief in his support, stating,

“At least through the remainder of the select demand period for oil, I believe it is necessary for the Texas Railroad Commission to institute prorationing to the limited market.
Sincerely,
Harold Hamm
Executive Chairman”

Hamm had previously been a supporter of self-regulation of oil production by the industry, suggesting fewer rigs were needed months ago. He called it a natural delivery of a production cut caused by low prices, the lack of demand and a lack of storage space.

He has since been a public proponent of prorationing measures to be taken by the Texas Railroad Commission, encouraging it to force Texas producers to cut output. The commission meets April 15 to use such authority for the first time since the 1970s.

“I would expect they would do that if necessary, and it probably is necessary,” Hamm said in a recent interview.

It’s not the first time Hamm has supported prorationing when there is overproduction and low prices. He did the same in 2017 and cautioned the industry at the time stating at one conference, “America’s tight oil drillers in place like the Permian ‘need to be careful not to overproduce’ less they unbalance the market, tank prices and bring about another deep oil downturn’. It has to be done in a measured way or else we’ll kill the market.”

Hamm practiced what he preached because this month, he said his Continental Resources would reduce output by 30% in April and May and also cut his $72 million annual dividend until further notice.

“People can bring rigs down very quickly and that is what we are doing in the company,” he said in an interview with Argus Media.

“It is going to be very abrupt, with the cutback. The part we need to worry about is having a viable industry that can get going again in the third quarter or fourth quarter of this year. That is going to be the test.”

While some companies are cutting workforces, such as Halliburton where 350 workers were laid off last week in Duncan, Oklahoma, Continental Resources has no intentions to do that—for now. Hamm told Argus Media his company will not cut its 1,200-person workforce.

“We have ridden out a lot of storms. Continental is going to be alright,” Hamm said.