OGE annual meeting to be virtual 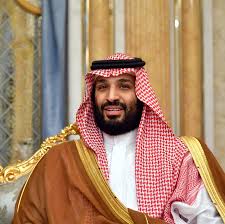 A day before OPEC nations met to consider reduction of their flood oil onto the world market, a move that has devastated energy companies in Oklahoma and the rest of the U.S. members of congress including Reps Kevin Hern and Markwayne Mullin asked the Crown Prince of Saudi Arabia to take action.

The Representatives are members of a group called the House Energy Action Team or HEAT and sent a joint letter to Crown Prince Mohammad bin Salman urging him to take immediate action to bring stability and north further volatility to global crude oil markets. 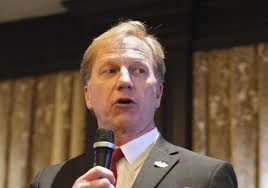 “I’ve been alarmed by the dangerous actions taken by Saudi Arabia,” said Rep. Hern. “Many of my colleagues feel the same way.

Rep. Hern accused Saudi Arabia of manipulating the global oil market while the entire world is battling the coronavirus pandemic.

“It’s unspeakable that a supposed ally would intentionally add to that. This letter to Prince Mohammad bin Salman is a last-ditch effort, a plea for Saudi Arabia to do the right thing. I hope they do.”

The text of the letter is found below.

The United States and the Kingdom of Saudi Arabia have an important strategic partnership that ensures regional stability, counters Iran’s malign activity, and defeats terrorists that threaten our security. The United States also remains committed to maintaining the strong economic ties between our two countries. We are concerned, however, with the Kingdom’s actions to artificially distort global crude oil markets as countries around the world struggle to address a growing economic and health crisis fueled by the COVID-19 novel coronavirus pandemic.

As recently as January, the Kingdom claimed that it would do all it could to ensure stability in the global oil market. But as a result of the Kingdom’s March decision to artificially depress global crude prices, thousands of American workers employed directly by our country’s oil and gas producers, as well as thousands more employed in related industries, face increased financial and economic uncertainty. While other global actors use oil and gas markets as political leverage, the Kingdom must be a model of leadership at a time when a global pandemic drives down demand resulting in significant market volatility. In the United States, the oil and natural gas industry is based on free market principles that resist anticompetitive conduct or government manipulation of markets. The Kingdom, however, can change course, reduce production, and restore balance to a market that has seen the most drastic price drop in years.

Failure to address this energy crisis will jeopardize the joint efforts between our nations to collaborate economically and militarily. The U.S. military presence in the Middle East region has maintained the stability that provides for the economic prosperity and ensures the security of our two nations. As Members of Congress, we have rejected efforts to undermine or undo this partnership. But if the Kingdom fails to act fairly to reverse this manufactured energy crisis, we would encourage any reciprocal responses that the U.S. government deems appropriate.

Our countries share decades of deep cooperation and leadership combating and defeating existential threats. It is our hope that those characteristics that have defined our strong strategic partnership for years will continue to serve as the bedrock through this current crisis. We hope that as a global energy leader, and Chair of the G20 for 2020, the Kingdom will fulfill its promise and take immediate action to do its part to bring stability – not further volatility – to global crude oil markets.

The full letter can be found here.