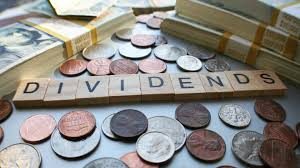 A day after Oklahoma City’s Chesapeake Energy announced the layoff of 200 employees, the company took action to suspend dividend payments.

The move applies to each series of the company’s outstanding convertible preferred stock and was effective immediately.

“Suspension of the dividend does not constitute an event of default under any of the company’s debt instruments,” stated the company in its two-sentence announcement.

It was Thursday when the 200 employees were laid off, only days after shareholders met in a virtual gathering to approve the board’s proposed 1-for-200 reverse stock split. Company shares fell 58% in the past week and 91% for the year, indicative of the financial challenges and debt faced by the company. The decision was reached so Chesapeake might avoid being delisted from the New York Stock Exchange.

Of the 200, half were in the oilfield where Chesapeake is attempting to remain active and this week obtained drilling permits in the Eagle Ford play of South Texas. The remaining workers were at the company headquarters.

Chesapeake still struggles with billions of dollars in debt. While it managed to reduce its debt by nearly $1 billion in the past year, its debt stood at $8.9 billion as of the end of 2019.

Chesapeake faces a mountain of debt into the billions of dollars.