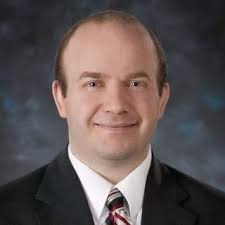 The latest is Tulsa businessman Todd Hagopian who filed as a Libertarian candidate. He joined  Harold D. Spradling, 85 of Cherokee who is a candidate for the Republican nomination.

The filing resulted in a primary challenge for the sitting Commissioner Hiett and guarantees at least a general election challenge from Libertarian Hagopian.

Hagopian Facebook material identified him as a Libertarian Activity and Chair of the Northeast Oklahoma Region LP.

His filing for the statewide office came after he ran for office on the Bixby Public School board and lost in the Feb. 11, 2020 primary election. In running for the school board, he revealed more about himself in Ballotpedia’s Candidate Connection survey.

Hagopian is president of a Warren Buffet company,  Unarco, a company owned by Berkshire Hathaway. In one of the candidate survey questions, he was asked “who do you look up to?”

“Warren Buffett. That might not be a fair answer, since I work for his organization, but he has been a hero of mine for decades. His ability to remove emotion, and boil everything down to a simple question is an amazing ability that I hope to acquire at some point in my life. The man is one of the richest people on the planet, but the wealth has never changed him. He drives the same car, lives in the same house, uses his money to help others, and uses his business to employ hundreds of thousands of Americans. Warren Buffett is an American Legend, and if I can live a tenth of the life he has, I will consider myself very lucky.”

Hagopian has been the Unarco President for two years, previously was a business unit manager for US Weigh Wrap Division in Dayton, Ohio and before that worked as a Senior Sales Manager for Whirlpool Corporation.