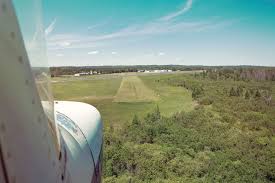 The fate of two bills focusing on construction of wind turbines near private airports in the state lies in both the House and Senate in Oklahoma. One targets the wind industry and would create a setback of wind turbines while another targets so-called “sham airports.”

Rep. Carl Newton’s HB3296 would prohibit the construction of a wind tower more than 300 feet tall to be constructed within 1.5 miles of a “private-use airport.” However, the owner of the airport would have to show he or she is a licensed pilot, has an aircraft based at the airport and can prove an aircraft can take off and land at the airport.

Newton contends his bill would provide “for a status challenge of certain airports; effective date.” The bill has yet to receive a vote in a House committee. But it is still opposed by the Advanced Power Alliance, a group comprised of wind and solar-power operators.

The second measure is Sen. Roland Pederson’s SB1302 which also has not been voted on in committee. His bill would also enforce a 1.5 mile setback from a private-use airport that met certain criteria. Like Newton’s House Bill, Sen. Pederson’s bill would require a registered aircraft to be located at such  private airport and the air;port would have to have at least 24 flights a calendar year.

A spokesman for the wind industry has called the setback bills “dangerous” and “problematic” because of past creations of “shamports” that do not actually exist and only function to interfere with the development of wind farms.