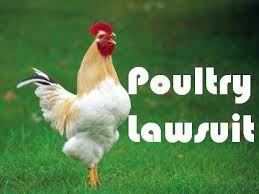 The Tulsa World reports that a federal judge is about ready to hand down a ruling in the state’s lawsuit against poultry producers accused of pollution the Illinois River in eastern Oklahoma. But it’s taken the judge ten years to come up with whatever decision he will make.

Ten years after final arguments in a lawsuit Oklahoma brought against large-scale poultry producers, the presiding judge in the case said a decision is now in the works.

“I have a 250-page draft and an opinion is on the horizon,” Oklahoma Northern U.S. District Judge Gregory Frizzell said last week. 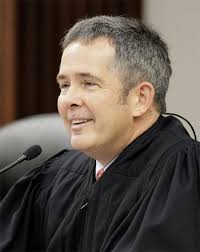 Frizzell did not release a specific time frame for a decision, discuss details of the case or hint at the direction his decision might take.

He also declined to speak to the need for so many years to author the ruling, other than to acknowledge it has been complicated. Hundreds of volumes of material from the case fill shelves covering more than half the wall space in a large workroom on the fourth floor of the Page Belcher Federal Building in downtown Tulsa.

Then-Oklahoma Attorney General Drew Edmondson filed the case in 2005 against 13 poultry companies and subsidiaries. It played out in federal court in Tulsa Sept. 21, 2009, through Feb. 18, 2010. 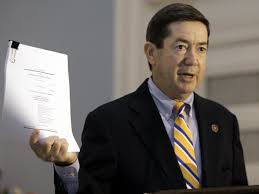 At issue was pollution in the more than 1 million acres of the Illinois River watershed and especially the Illinois River and Lake Tenkiller from poultry litter that was improperly disposed of or spread across the land as fertilizer. The state claimed poultry industry owners had known for decades the litter was damaging the environment. Industry attorneys argued that municipal discharge was a greater problem as well as all agriculture run-off combined and that the state permitted the use of litter as fertilizer.

“That’s very gratifying,” he said. “ ‘On the horizon’ makes a lot of difference whether you’re walking toward it or flying toward it. I will look forward to the result.”

Ed Brocksmith, founder of the Save the Illinois River nonprofit group and a top critic of Frizzell’s long effort to reach a decision, was almost speechless at word a decision could come soon.

“You’ve caught me flat-footed,” he said. “You’re kidding. After all these years? That’s a surprise.” 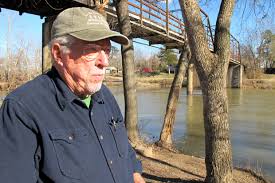 He expressed cautious but renewed excitement, as well as apprehension over which way the ruling could go.

“We hope it’s favorable to Oklahoma,” he said. “Despite what the poultry companies said in the trial and what the state (Agriculture) Department says today, we know that pollution from poultry farms is getting into the waters of our state. A finding in the state’s favor will go a long ways toward solving the problems we’re having.”

In the past decade, water quality in the Illinois River watershed has improved. An allowable maximum phosphorus pollutant level of 0.037 parts per million was agreed upon by both Oklahoma and Arkansas, and in 2018 the states signed a Memorandum of Agreement to cooperate on planning and pollution mitigation steps for the million-acre watershed. Poultry operations are reporting applications to the Oklahoma Department of Agriculture Food and Forestry and are transporting litter outside the watershed.

Edmondson said a decision in the poultry suit could bring other developments.

The first would be the ability for the state to pursue an appeal of decisions made by Frizzell during the case. He ruled early in the proceedings that the state could not claim damages based on its accusation that the poultry industry knew it was polluting the watershed in violation of the Comprehensive Environmental Response, Compensation, and Liability Act and the Resource Conservation and Recovery Act.

“We believed those decisions to be erroneous but they can’t be appealed until there is a final result in the case,” Edmondson said. “We have been waiting 10 years to say in court that the judge was wrong on his prior rulings. We have been unable to bring that to the attention of appellate courts.”

If the state could claim those damages it would allow for greater reclamation efforts and environmental steps like paying farmers to have setbacks along waterways from the edges of their fields, or to take remedial action on Lake Tenkiller, he said.

“To do the kinds of things the state of Oklahoma can’t afford or won’t spend money on — nor should the taxpayers be responsible for that,” he said. “The industry caused the damages, they should be required to pay for the cleanup, and that would be accomplished through CERCLA and RCRA.”

Edmondson cautioned that the lion’s share of improvement to Illinois River water quality has been due to advanced technology to control municipal discharges and the poultry industry’s voluntary removal of poultry litter from the watershed.

Being freed to approach the CERCLA and RCRA rules again would allow the state to negotiate from a stronger position and perhaps reach a settlement with the industry, he said.

“Without CERCLA and RCRA we’re negotiating with unloaded guns,” he said.