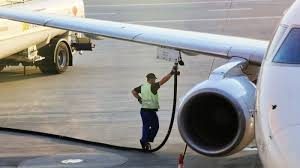 Major oil companies including BP and Shell are preparing to take the rare step of storing jet fuel at sea as the coronavirus outbreak disrupts airline activity globally, while refiners are shifting to diesel because of the poor margins associated with jet fuel production.

Jet fuel demand has cratered as airlines suspend flights due to the coronavirus pandemic, which globally has infected more than 204,000 people and killed 8,700, prompting travel restrictions from governments around the world, including the United States. Market participants and refiners have had to scramble to adjust to incredibly low prices.

Storing jet fuel at sea, however, is something of a last resort. The product is sensitive to contamination and degrades more quickly than other refined fuels and especially crude oil, so after a few months, it no longer can be used for aviation, according to analysts.