U.S Department of Energy Names PSO a 2020 ENERGY STAR® Partner of the Year 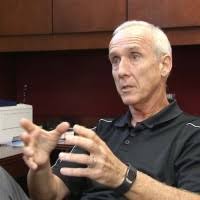 One Oklahoma energy expert is telling the Tulsa World that the fallen oil prices have resulted in the state losing $27 million a month compared to five weeks ago in energy production taxes.

“It’s going to be tough,” said Tom Seng, director of the School of Energy Economics, Policy and Commerce at the University of Tulsa.

“Oklahoma’s economy is really going to take a hit, depending on how long this lasts.”

Oil prices on Monday dropped to around $20 per barrel — their lowest level in 18 years — due to both a big drop in demand in gasoline and the price war between Russia and Saudi Arabia, said Seng, who is also professor of energy business at TU’s Collins College of Business.

“You have millions of commuter miles that are being lost every week,” with a large portion of the population working at home amid the coronavirus pandemic, he said.

“We could be looking at devastation in terms of gas mileage” being lost, he said. In addition, the reduced number of airline flights means a huge amount of jet fuel also is not being used.

He said the pandemic and the price war hit at a time when oil production was already increasing and demand was already falling.

“You had a market that was already slipping … but then the price war and the virus … it just tanked,” he said.

“It was really kicking a market that was already down.

“There’s also the fear factor in the marketplace of when is this going to end.”

The price has become so low that it has now become unprofitable for oil companies and producers — including those in Oklahoma, he said.

State Senate Appropriations Chairman Roger Thompson, R-Okemah, said last week that while the numbers are fluid, it is possible the state could be short some $200 million for the current fiscal year, which ends June 30.

It is also possible the state will have up to $500 million less for fiscal year 2021, Thompson said.