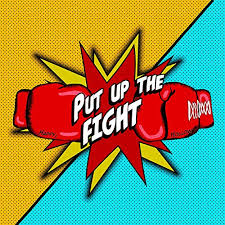 Oklahoma U.S. Sens. Jim Inhofe and James Lankford are among 11 senators urging the Trump administration to challenge a renewable fuels decision from the 10th U.S. Circuit Court of Appeals in Denver. They want the EPA to fight the court.

The Senators are among those who support the administration’s original rule to grant ethanol fuel blending exemptions to small refineries including one in southern Oklahoma. The Federal Appeals court ruled against the administration move.

The Environmental Protection Agency granted exemptions from blending requirements which might have caused financial hardship for small refineries. In 2013, the refiners were allowed to petition for the exemptions but it led to lawsuits by renewable fuels advocates.

The Denver Federal Appeals court ruling came in a case involving the CVS Refinery in Wynnewood and two small refineries in Wyoming and Utah that are owned by HollyFrontier.

Senators Inhofe and Lankford and the others wrote the White House saying they believe the judges erred in their ruling because the Clean Air Act allows small refineries the opportunity to apply for hardship relief at any time.

“If allowed to stand, the decision will put a dozen small refineries in the 10th Circuit under severe financial strain and thousands of jobs at risk,” wrote the Senators. “We urge you, in the strongest term, to file a petition for a rehearing en banc and, if necessary, seek review by the U.S. Supreme Court.”