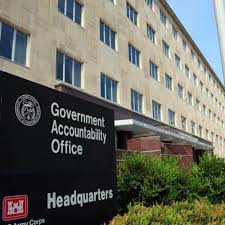 Oklahoma Congressman Frank Lucas joined the Democratic chair of the U.S. House Science Committee in asking the the Government Accountability Office to investigate waste cleanup by the Department of Energy.

He is the ranking Republican on House Science, Space and Technology Committee and together with Democratic chairwoman Eddie Bernice Johnson made the request.

“What is known about approaches to S and T (science and technology) development related to nuclear waste remediation in other countries, and what lessons, if any, can be learned from these approaches?” asked the two Representatives in their letter to Gene L. Dodaro, Comptroller General of the U.S. Government Accountability Office.

The DOE office is responsible for the clean-up of hazardous and radioactive waste from energy research and nuclear weapons production. 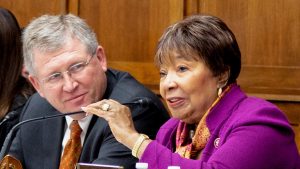 “The National Academies found that while [EM’s science and technology development] can increase the efficiency and reduce future costs of clean up, this has been a diminishing priority for EM,” the lawmakers wrote.

Reps. Lucas and Johnson explained while funding for headquarters-managed science and technology development was about $300 million out of Environmental Management’s budgets in the 1990s and early 2000s, “it has declined to about $25 million for fiscal year 2020.”