President and EPA to challenge court ruling on ethanol production 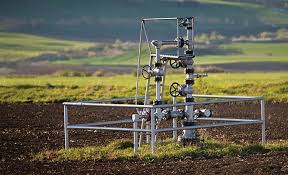 Gas flow from natural gas wells in Oklahoma will see a reduction after action last week by the Oklahoma Corporation Commission, a move opposed by some of the state’s large oil and gas companies as well as the American Petroleum Institute.

The regulators okayed a proration formulate between April 1 and Sept. 30 that requires operators to limit an unallocated gas well’s absolute open flow to 50%. The limit also would create a cap of maximum allowable production at 2 million cubic feet a day.

Historically, the proration formula required operators to limit a well’s open flow at 65% or 2 million cubic feet per day. But Commissioner Dana Murphy urged a requirement of 50% based on data from the state’s 174 most capable gas wells in 2019.

Some independent well operators had urged an even lower rate of 35%, contending it would assure an abundant natural resource in the state.

Murphy’s proposal was opposed by major companies such as Devon Energy, Gulfport Energy, Marathon Oil, Cimarex and Ovintiv. Even the American Petroleum Institute opposed it.

“We feel this change is necessary to maintain proper market balance of the state’s natural gas production,” argued the company in a letter to the commission.

Oklahoma has an estimated 40,000 to 50,000 operating unallocated gas wells and they produce an estimated 8 billion cubic feet of natural gas a day.

Commissioners Todd Hiett and Murphy signed the order but Commissioner Bob Anthony did not.