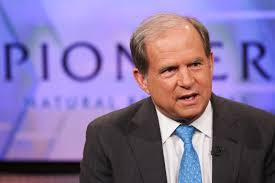 The CEO of Pioneer Natural Resources warns that independent oil and gas companies could fall if either Texas or the federal government doesn’t force reduced crude oil production as the coronavirus pandemic spreads.

Scott Sheffield made his prediction in an interview on MSNBC’s “Fast Money” show where he discussed the plunge of crude oil and the ongoing price war between Russia and Saudi Arabia.

He also warned President Trump could lose energy states if he doesn’t help the independent oil companies who are facing opposition from big oil companies such as Marathon and Exxon to reduce production.

Pioneer has floated the idea that Texas regulators should weigh mandatory production curbs — if a wider deal can be struck to dial back output elsewhere too.

“It’s going to take a long time to balance the market. That’s why Pioneer and several independents are seeking a global settlement to look at really reducing production with all states, OPEC,  until the virus has ended,” he said. 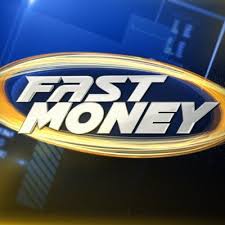 “We’ve run into roadblocks. We’ve had opposition from Exxon,” he said, claiming that Exxon “controls” the American Petroleum Institute and the Texas Oil and Gas Association.

In addition, Sheffield said some independents oppose production curbs because they’re so financially stressed that it would push them into bankruptcy.

He noted some administration efforts to work with the Saudis to date, but said later in the interview, “We really need Trump to do something, or he is going to lose all the energy states in this election.”

Sheffield warns the crisis will decimate independent players. He said that of the roughly 74 publicly traded independent companies, “There’s only going to be about 10 left at the end of 2021 that have decent balance sheets. The rest will become ghosts or zombies.”