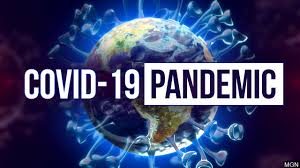 Not only is the energy industry dealing with the impacts of the coronavirus pandemic—so are environmentalists fighting some of the oil and gas projects in the U.S. And it’s helping energy companies who have to deal with the environmentalists.

They’re facing new challenges as well—mostly because the pandemic has stalled or stopped their efforts to limit natural gas use in some U.S. cities or their fights against pipelines.

Cities, towns and counties have spearheaded recent efforts to ban gas use or require electric heating in new buildings. But COVID-19 response is now consuming local lawmakers’ attention, while restrictions on public gatherings hamper meetings required to craft the policies.

Meanwhile, environmentalists are scrambling to move meetings and public demonstrations to online venues as states order citizens to remain at home. The groups are simultaneously waging a new battle against oil and gas bailouts and positioning themselves to navigate the post-coronavirus landscape.

The states where local gas bans are advancing — California, Massachusetts and Washington — have all taken aggressive measures to stop the spread of COVID-19, slowing the momentum of a climate change policy whose swift and sudden rise caught the gas industry off guard.

City Council staff in Bellingham, Wash., are similarly focused on emergency response, according to Councilman Michael Lilliquist. He could not tell whether the reprioritization would substantially delay lawmakers from considering an electric heating retrofit requirement.

In Cambridge, Mass., the timeline for putting a gas ban in place by Jan. 1, 2021, has not changed, but the situation remains “extremely fluid,” according to City Councilmember Quinton Zondervan. The lawmaker has advocated for swift implementation of the ban.

In nearby Newton, Mass., City Council work is moving forward through remote video conferencing, said Councilwoman Emily Norton, one of several lawmakers spearheading a gas ban. That included identifying experts who could give presentations and answer questions about the policy before the Public Facilities Committee, she said.