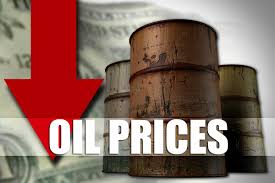 The dramatic drop in the nation’s oil and gas rig count went hand in hand as WTI crude oil prices dropped another $1.09 per barrel in Friday’s trading, ending the day at $21.51 per barrel. But Canadian oil plunged to about $5 a barrel in US money,

Western Canadian Select crude, the main grade produced in Canada’s energy patch, fell to a record low of US$5.03 on Friday, according to Bloomberg data going back to 2008. The steep decline has energy experts considering another unpleasant rarity for oil.

“There is no reason to think that oil prices couldn’t go negative for a period of time,” Raymond James analyst Jeremy McCrea told Yahoo Finance Canada. “I would have never considered it before. But in the current context, it’s not out of the realm of possibilities now.”

Of Oklahoma related stocks, most reported a drop in the value of their shares. Chesapeake Energy was down not quite 2 cents to 17 cents a share at the end of the day.