Oil hovers near $20 a barrel hitting an 18-year low 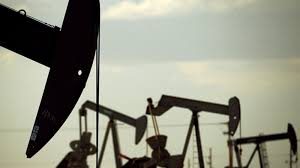 A day after slipping closer to the $20 a barrel mark, oil prices gained slightly but still are devastating to the industry in Oklahoma, Texas and other states. Internationally, oil prices reached their lowest level since November 2002.

Oil prices have fallen by more than half during the past month as companies cut back or close production.

Natural gas finished a nickel lower in trading on the New York Mercantile Exchange and settled at $1.64 per million BTU.