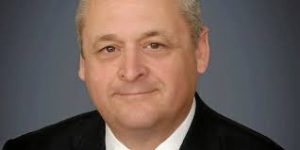 The head of Murphy Oil Corporation based in El Dorado, Arkansas has apparently been taken ill with the coronavirus and has temporarily stepped aside from his leadership role.

The company announced Thursday that Roger W. Jenkins, President and Chief Executive Officer took a temporary medical leave because, pending test results, he has what the firm called a “presumptive diagnosis of COVID-19.”

“He is expected to complete recover,” stated the company’s announcement.