Sen. Inhofe says reports are wrong about his stock sales

Oil and gas employment before the pandemic 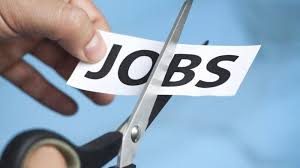 Jobless rates for most counties in Oklahoma were down in January according to a state agency. But that was January, This is March when the state and the rest of the U.S. are in the middle of the coronavirus pandemic….meaning jobless rates from two months ago are likely to be thrown out the window as the pandemic spreads and oil and gas are pummeled by the oil-flooding efforts of Russia and Saudi Arabia.

Still, the Oklahoma Employment Security Commission reports January figures were lower than a year ago in 50 counties, higher in 21 counties and unchanged in 6 counties. The usual counties with the highest rates—Latimer, McIntosh, Haskell and McCurtain were the highest again for January. Latimer had the highest unemployment rate at 7.3%.

The lowest counties were in the Panhandle…1.6% for Cimarraon and 1.8% for Beaver County.