No help from congress now for ailing oil and gas industry 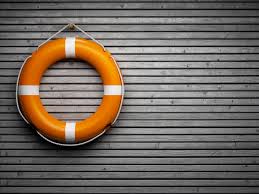 The $2 trillion plan to help the ailing U.S. economy because of the coronavirus pandemic did not include help for the oil industry. But it could be included in future help offered by Congress.

Specifically, the plan to purchase 77 million barrels of crude oil for the nation’s Strategic Petroleum Reserve was removed from the original bill.

S and P Global Platts says it’s not necessarily dead and a life preserver still could be thrown the oil and gas industry.

“The $3 billion requested by the Trump administration to buy U.S.-origin crudes could still be added to future coronavirus stimulus legislation,” the report said. Platts said the absence of any money for Strategic Petroleum Reserve (SPR) purchases could come in further coronavirus aid.

The Trump administration had requested $3 billion to buy oil for the SPR.  That amount would have purchased 77 million barrels, enough to bring the SPR to its capacity.

Oil from the SPR actually has been sold off in recent years. The SPR was created during the Ford administration to be a lifeline in case of serious supply disruptions.

But the idea behind the sales – besides as a revenue measure – was that with U.S. net import dependence for all petroleum having disappeared, and with the U.S. becoming a net exporter of petroleum, its need to hold that much crude oil no longer existed. Crude oil held in the SPR peaked at 726 million barrels in 2011. The SPR now contains 635 million barrels, stored in multiple locations.

The U.S. was a net exporter of all petroleum products in the last three months of 2019, the latest months for which data is available. Less-thorough weekly data signifies that this trend has continued. That figure includes all things petroleum, including crude oil but also large amounts of products, including diesel and propane.

But the U.S. was still a net importer of approximately 3 million barrels of oil per day (b/d) in the last four months of the year and still averaged total crude oil imports of about 6.8 million b/d in 2019.

The SPR purchase was the primary means of assisting the oil patch in the coronavirus relief plan. The North American oil rig count last week declined to 870, down a whopping 97 rigs in one week, according to Baker Hughes. A year ago, it was at 1,121.

The modeling behind the SPR purchase is that 77 million barrels of new demand could help support the industry. It was written to specifically assist the shale patch. Suppliers needed to be U.S.-based, have fewer than 5,000 employees, so a giant like ExxonMobil could not bid, and the crude needed to have been produced in the U.S.

Whether it would have had any impact was a subject of debate. The world consumed about 100 million b/d before the recent collapse in demand. The tender for the first batch of oil was released last week, with the SPR requesting to buy 30 million barrels to be delivered between May 1 and June 30. That would amount to about 490,000 b/d.  If that’s based on a rejiggered demand picture of something like 88 million b/d, that’s an increase in demand of bout .05 to .06%. If it’s against total U.S. petroleum demand, re-set down to 18 million b/d (or less…nobody really knows), it’s more like 2.7%.

Regardless, that debate has come to a halt with the failure of the SPR purchase to make it into the final legislation agreed to by Congressional and White House negotiators.