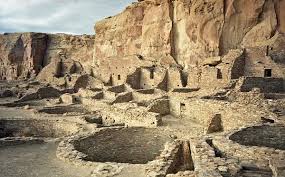 U.S. land managers on Friday made public a list of possible alternatives for managing development in one of the nation’s oldest oil and gas basins, but environmentalists and others say the options fail to take into account the cumulative costs of increased drilling and threats to Native American cultural sites in northwestern New Mexico.

Officials with the Bureau of Land Management and the Bureau of Indian Affairs indicated their preference for an alternative that would “balance community needs and development” while limiting impacts on the traditional, socioeconomic and cultural way of life of those who call the area home.

The alternative emphasizes local and tribal perspectives and includes a range of options for limiting development around Chaco Culture National Historical Park, the officials said. The World Heritage site has become the focal point in a decades-long fight over oil and gas.

“Our paramount objective in developing this draft resource management plan has been to work closely with the Bureau of Indian Affairs to ensure that we minimize and avoid impacts to Navajo communities in the area, as well as the cultural and natural resources important to them,” said William Perry Pendley, the Bureau of Land Management’s deputy director for policy and programs.

While tribal leaders from outside the area have been calling for halting drilling around Chaco, top Navajo Nation leaders have been more reserved as oil and gas provides a significant source of revenue for the tribe and for individual Navajo property owners. Navajo lawmakers recently voted to support a buffer around the park only half the size of the one outlined in federal legislation pending in Congress. 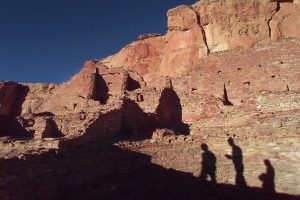 The campaign to curb drilling in the San Juan Basin has spanned at least three presidential administrations. In recent years, concerns expanded beyond environmental effects to the preservation of cultural landmarks as tribes joined with environmentalists and archaeologists to warn that unchecked development could compromise significant spots outside the Chaco’s boundaries.

Within Chaco, walls of stacked stone jut up from the canyon floor, some perfectly aligned with the seasonal movements of the sun and moon. Circular ceremonial subterranean rooms called kivas are cut into the desert, surrounded by the remnants of what historians say was once a hub of indigenous civilization.

The draft made public Friday includes alternatives crafted by both the Bureau of Land Management and the Bureau of Indian Affairs. Aside from the option that emphasizes the protection of cultural landscapes, the others cover a range of ecological and economic considerations.

Federal officials acknowledged in the documents that innovations in the oil industry along with favorable prices have enhanced the economics of developing more areas within the San Juan Basin, which spans parts of New Mexico and southern Colorado.

With more development, especially in the shale oil area, they said additional effects may occur. 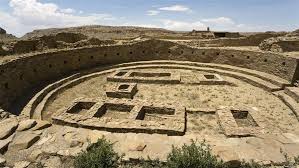 The preferred alternative that calls for balancing community needs and development would likely still result in more than 1,800 new wells on federal land in the planning area over the next 20 years but there would be more stipulations for how that development happens. The number of new wells under the cultural preservation option would be less.

The public has 90 days to comment on the alternatives. It could be months before a final decision is made.

Some groups want the agencies to restart the planning process, saying officials need to take a more comprehensive look at the effects of drilling to ensure environmental safety, public health and the protection of cultural sites outside Chaco.

“BLM’s new plan is indistinguishable from what the agency proposed nearly 20 years ago. It’s as if the agency has learned nothing of the public health, cultural properties or climate impacts of industrialized fracking,” said Rebecca Sobel with WildEarth Guardians.

The Bureau of Land Management has been deferring interest by the oil and gas industry in parcels within a 10-mile (16-kilometer) radius of Chaco to address the concerns of environmentalists and Native American leaders. The legislation pending in Congress aims to codify that practice, essentially establishing a buffer around the park.

U.S. Sens. Tom Udall and Martin Heinrich and Rep. Ben Ray Lujan said in a joint statement Friday that making the buffer permanent would be the best strategy to protect cultural sites from “unfettered development” by the oil and gas industry.

They said they’re hopeful that through the public process the final management plan will be more reflective of the legislation, which also includes language to protect the rights of the Navajo Nation and individual Navajo land owners to develop their land as they see fit.

An agency official testified before a congressional subcommittee last year that the BLM had no objection to the Democrat-sponsored bill. The testimony came after Interior Secretary David Bernhardt toured Chaco and met with leaders from the Navajo Nation and New Mexico’s pueblos.

Bernhardt made a commitment at the time to ensure that the plan being developed by land managers would include alternatives that reflected provisions of the legislation as well as the views of tribal leaders who are seeking permanent protections.