Quarterly results to be announced by Holly Frontier 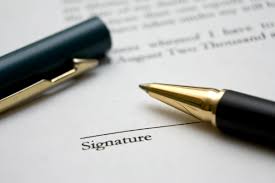 At least three states passed laws putting new criminal penalties on protests against fossil fuel infrastructure in just the past two weeks amid the chaos of the coronavirus pandemic.

Two days later, it was South Dakota. On March 18, Gov. Kristi Noem (R) signed a bill that expanded the definition of “critical infrastructure” to include virtually any oil, gas or utility equipment, and raised the charges for causing “substantial interruption or impairment” of such facilities to felonies. Five days later, on March 23, the governor approved a second measure defining a felony “riot” as “intentional use of force or violence by three or more persons” that causes “any damage to property.”

The wave of legislation came as the United States became the epicenter of COVID-19, the rapidly spreading respiratory disease caused by the novel coronavirus. By Friday, the U.S. death toll topped 1,000, with more than 100,000 confirmed cases, overwhelming hospitals and forcing doctors to publicly beg for basic medical supplies. The economic fallout exceeded even the worst expectations: 3.3 million Americans filed jobless claims this week ― topping both Goldman Sachs’ 2.25 million forecast from last week and smashing the previous one-week record of 695,000 reported job losses.

Yet, as experts blamed the White House’s back-footed response for inflaming the crisis, the Trump administration appeared to ramp up its environmental agenda, ordering the Environmental Protection Agency’s enforcement division to temporarily stop policing polluters, approving a slate of mining projects, auctioning off new drilling leases and reviving a dormant fight over auto emission standards.

The efforts on both the state and federal level offered jarring real-time examples of what the author Naomi Klein dubbed “the shock doctrine”: the phenomenon wherein polluters and their government allies push through unpopular policy changes under the smokescreen of a public emergency.

“While we are all paying attention to COVID-19 and the congressional stimulus packages, state legislatures are quietly passing fossil-fuel-backed anti-protest laws,” Connor Gibson, the researcher at Greenpeace USA who tipped HuffPost off to the bills’ passage, said by email Friday. “These laws do nothing new to protect communities. Instead they seek to crack down on the sort of nonviolent civil disobedience that has shaped much of our nation’s greatest political and social victories.”

In a December 2017 letter sent to state legislators, five energy trade groups and one large oil company cited what they listed as six examples of threats from environmentalists to their facilities and urged them to champion the bill in a bid to head them off. One example was the 2016 case of the so-called “valve-turners,” peaceful protesters who temporarily stopped the flow of heavily polluting tar sands oil through a pipeline.

But, as HuffPost previously reported, the other incidents cited in the letter had nothing to do with environmentalists. Instead, they were loosely connected to mental illness or workplace grievance, and in at least two cases resulted in successful prosecutions under existing laws.

The bills moved forward anyway. By last summer, legislation based on the ALEC model became law in five states. In September, Texas prosecutors charged two dozen protesters who briefly halted traffic by suspending themselves from a bridge in one of the nation’s largest oil ports under the new law.

More bills are on the way. The Alabama state Senate passed its own version on March 12, just before the officials, alarmed at the spread of the new virus, postponed legislative hearings until April. Similar legislation is active in at least five other states ― Illinois, Minnesota, Mississippi, Ohio and Pennsylvania ― but has not progressed in the past month.

Environmentalists and Native American tribes failed to stop construction of the Dakota Access pipeline, which President Donald Trump fast-tracked in 2017. Three years later, their concerns have proved well-founded. The pipeline leaked five times in its first year of operation alone, prompting a federal judge on Wednesday to order the U.S. Army Corps of Engineers to conduct a full environmental review.