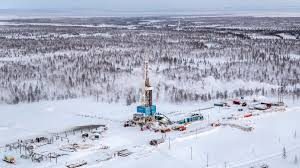 Cooperation between Western and Russian oil and gas producers has been curtailed by the sanctions imposed on Russia by the United States and Europe following Moscow’s annexation of Crimea from Ukraine in 2014.

The operations at the Achimov formation are not subject to sanctions.

Gazprom Neft and the Houston, Texas-based company, have been working on a number of projects since 2011.