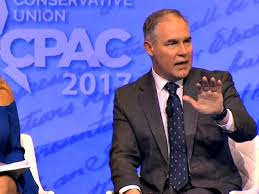 One environmental news organization reports the EPA is refusing to reveal a photograph of one of former EPA Administrator Scott Pruitt’s more controversial projects—his “privacy booth” created to protect his phone calls.

E and E news says EPA officials claim that releasing a picture of it  could violate someone’s privacy or put someone’s life at risk.

The agency denied a pair of similar requests E&E News reporters filed more than two years ago under the Freedom of Information Act. The requests sought photographs or videos depicting the soundproof booth, which had a $43,000 price tag and was one of the main scandals that spurred Pruitt’s resignation in 2018.

In rejecting the requests, Elizabeth White, director of the office of the executive secretariat at EPA, wrote that the agency found one page of records, but “they contain personal information which would and/or could be an unwarranted invasion of personal privacy if released and/or which could reasonably be expected to endanger the life or physical safety of an individual.”

She cited exemptions to FOIA that protect documents “compiled for law enforcement purposes” if they could invade personal privacy or threaten someone’s life or safety. White, who was the treasurer of Pruitt’s super political action committee Liberty 2.0 before he hired her at EPA, did not specify whose privacy, life or safety is at risk.

Asked for further comment, EPA spokeswoman Molly Block said, “As with all Freedom of Information Act (FOIA) requests submitted to the agency, EPA applies exemptions to responsive records consistent with the statute.” She did not answer questions about whose privacy, life or safety is at risk, or how EPA justifies classifying the file concerning the booth as a law enforcement document, but reminded E&E News of its right to appeal the decision to other officials at EPA.

The existence of the soundproof booth was first revealed in a September 2017 report in The Washington Post, based on a contract with an installer for $24,570. Later reporting found the full installation process cost closer to $43,000.

“It’s necessary for me to be able to do my job,” he told House lawmakers in April 2018, though he didn’t know at the time how much the costs were ballooning. But, the booth didn’t meet the full federal criteria for a sensitive compartmented information facility, the kind of infrastructure necessary for classified communications, and EPA has a separate facility elsewhere in its building that meets those standards (E&E Daily, April 27, 2018).

At the time, the phone booth raised humorous references to the “cone of silence” from the old 1960s TV show “Get Smart.” 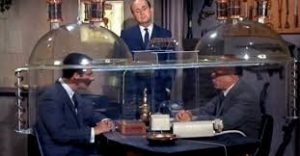 The Government Accountability Office determined that the booth violated the law because it exceeded legal limits on costs for furnishing Pruitt’s office. EPA disagreed with the finding and has refused to give GAO a report it requested on how the expenditures were made (Greenwire, Sept. 24, 2019).

Documents obtained by the Sierra Club later found Pruitt used it only once for a call to the White House.

Pruitt resigned in July 2018 under pressure from various scandals, including the booth, his spending on security measures and travel, and allegations that he misused staff for personal matters.

“It would be expensive to tear it apart; I don’t see any sense in tearing it apart,” Wheeler told E&E News shortly after taking the agency’s reins. “And in this day and age, I don’t know what the assessment was for the need of it” (E&E News PM, July 13, 2018).