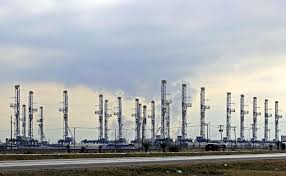 A dramatic decline in oil and gas drilling activity happened over the past week not only in Oklahoma but across the rest of the U.S. as nationwide numbers plummeted by 44, falling to 728. It means more rigs were put into storage.

Baker Hughes indicated Oklahoma’s numbers dropped by four in one week to 39 rigs compared to the 108 reported in the state a year ago.

Nationally, it was the largest single-week decline since February 2016 as the total is 278 less than this time last year.

The number of oil rigs decreased for the week, by 40 rigs, according to Baker Hughes data, bringing the total to 624—a 192-rig loss year over year.

The total number of active gas rigs in the United States fell by 4 according to the report, to 102. This compares to 190 a year ago.

The Red Top Rig Report published by the Independent Oil and Gas Service in Wichita reported the Kansas count dropped by two to only 10 active rigs. A year ago, the state had 28 active rigs.

Louisiana suffered a loss of three to 44 rigs, down 21 from a year ago. New Mexico lost three rigs in the past week to 109. North Dakota’s rig count dropped by two to 48.

Wyoming dropped one to 19 active rigs, down 17 from a year ago.

In Oklahoma, the Ardmore Woodford remains at four rigs while the Arkoma Woodford stayed at one. The Granite Wash continued with only three rigs compared to the 8 a year ago.

The Mississippian in Oklahoma and southern Kansas dropped one rig and fell to only one active rig. A year ago, there were four active rigs in the play.

Colorado’s D-J Basin saw a decline of one rig to 19 while a year ago, it had 29 active rigs.

Despite the sharp drop off in rigs, the EIA’s estimate is that the United States produced 13 million barrels of oil per day on average this week, just 100,O00 bpd off the all-time high.