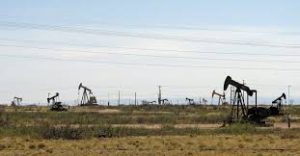 The latest numbers show Lea County, New Mexico is now the number one oil and gas producer in the U.S. Situated in the western part of the Permian Basin, the county overcame McKenzie County, North Dakota for the honor.

“Lea County is now officially the No. 1 oil and gas producer in the U.S.,” said County Chairwoman Rebecca Long according to the Hobbs News-Sun. “We have the final numbers in for December and January, both.”

With the latest data available, County Finance Director Chip Low said earlier this month the numbers for December 2019 showed Lea tentatively in the No. 1 position at just 113,143 barrels of oil more than McKenzie County, N.D. Both counties were in the 18 million barrels range.

Low had warned the narrow gap between the two counties could be closed by late data adjustments, but January’s data became available on Thursday, with McKenzie County dropping by almost 400,000 and Lea County increasing by more than half a million barrels. 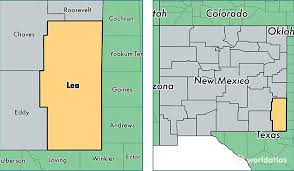 Data for February is not yet available.

With oil production and equipment taxes providing the majority of the county’s revenue, the finance director keeps tabs on top producers around the country.

Low said he uses data posted by the New Mexico Taxation and Revenue Department, the Texas Railroad Commission, the Colorado Oil and Gas Conservation Commission and the North Dakota Oil and Gas Division.

“These numbers will be subject to adjustment in future months as updated reports are filed,” Low said.

In addition, the U.S. Energy Information Administration predicted new production records may be set in March and April, while the world’s inventory of oil continues to rise in spite of the recent oil price crash. The EIA reports oil production data by region of the country, not counties.

Permian Basin shale oil production numbers are actually predicted to continue to grow, according to reports on the websites www.oilprices.org and www.EIA.gov. 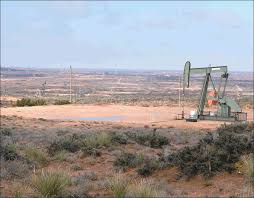 The Lea County Commission recently heard a report from Low and County Manager Mike Gallagher suggesting a need to reevaluate the county budget currently being planned for the fiscal year beginning July 1.

With the drastic decrease of oil prices from around $50 per barrel to below $30 per barrel at the time, Gallagher explained the projected revenue from oil production and oil equipment taxes dropped by $16.7 million for next year. The price of oil on Thursday lost $1.89 per barrell to fall to $22.60, about the same as the previous week.

After suggesting noted adjustments, Gallagher said the county still needs to find places to cut a total of $5.8 million. The cuts are due to the price of oil, not the amount of oil produced as the EIA anticipates continued increases in production.

Having recently discussed Lea County oil production with Present Donald Trump on stage in Washington, D.C., Long told the News-Sun she will be notifying the White House of the new numbers placing the county at the top in production.

“They need some good news,” Long said. “It doesn’t help that oil has crashed. I hope it isn’t down for long.”