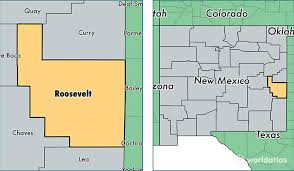 More than 100 bases have been finished in preparation for construction of a massive wind farm in eastern New Mexico.

Xcel Energy says most of the components for the Sagamore Wind Project have started t o arrive by rail and construction of the turbines could begin in late April. Arrival of the parts came at a railhead north of Hobbs and will be transported by truck to the site in Roosevelt County.

The utility estimates it will take 1,920 shipments to deliver all of the components over a six-month period. The parts include lower sections, blades and generators. The delivery trucks will travel the nearly 100-mile (161-kilometer) route by way of New Mexico Highway 18 to Lovington and then north along State Highway 206 to various turnoffs.

The 522-megawatt wind farm will provide electricity to Xcel’s New Mexico and Texas customers when complete later this year. It will be made up of 240 turbines.

Work began in late 2019 with the construction of roads and excavation of turbine bases. Xcel says more than 100 bases have been completed, and more than half the roads are finished.

Construction of the turbines will start in late April and continue through the fall.