Rep. Cole…US coronavirus response has been far from delayed

Tuesday will be a day for wind and solar energy advocates to make their case with Oklahoma legislators as the Oklahoma Power Alliance holds its Clean Energy Day.

It’s a Lobby Day as the Alliance called it, where members and those supporters of wind and solar power can tell their story to legislators.

The day will begin for members to attend a lunch and legislative update in Oklahoma City”s Skyline Bricktown center. At one o’clock, they will move to the capitol to meet with their legislators. 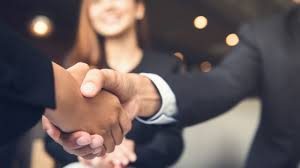 Wind has been a key focus of the group but solar power interest has grown in recent years with recent announcements by some solar farm operators as well as major utilities in the state.

When it comes to wind, it produces 36% of Oklahoma’s daily electrical needs, reflecting how the state has recruited more than $20 billion in investments from the wind industry in the past 16 years.

Oklahoma has become the number two for wind power in the U.S. The Oklahoma Power Alliance likes to say Oklahoma “is the heart of the wind corridor.”

“With 56 wind farms stretching across 26 counties in Western Oklahoma, the wind industry is a boon to our stagnant, rural economy,” proclaims the Alliance in its website.