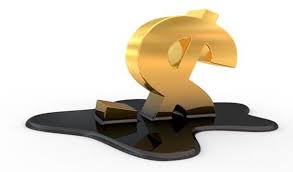 Gasoline prices in Oklahoma City have dropped to 99 cents a gallon as oil prices remain in the low $20s and the coronavirus pandemic and resulting stay-at-home orders have left motorists off the highways and streets. It came as oil dropped to  barely above the $20 a barrel level.

The 99-cent a gallon for regular was quoted by GasBuddy in Oklahoma City and as of Monday morning, the website quoted at  least four sites pumping it for the under-a-buck price. Numerous others listed prices ranging from $1.09 to $1.22.

GasBuddy’s 99-cent gas was reported as AAA Oklahoma indicated the state’s new average price for gasoline had dropped 15 cents to $1.57 while diesel fuel prices hit an average of $2.14 a gallon. 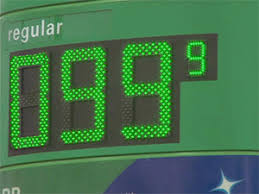 Nationally, the average fell 12 cents to a Monday average of $2.01 compared to the $2.45 listed a month ago. Oklahoma’s average is still one of the lowest in the region as prices in Texas and Arkansas averaged $1.75 while in Missouri, the average was $1.76. Kansas had an average price of $1.77 while Colorado was at $1.98 and New Mexico had an average of $1.96.

The average in Oklahoma City was $1.47, down 13 cents from one week earlier. Tulsa and Lawton each averaged $1.57 per gallon—a 13 cent decline for Tulsa and a 16-cent drop for Lawton.

The highest average was $2.05 in Texas County in the Panhandle while Cimarron County had a $2 average. Ellis County, home to Arnett in the northwest had an average of $2.04 a gallon.

Devon Energy finished the day up 6 cents at $6.35 per share. SandRidge Energy dropped 12 cents and ended the day at 83 cents, a drop of nearly 13%.