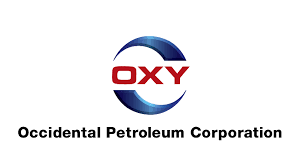 Reports suggest the company will cut employee salaries by up to 30%, according to an internal memo reviewed by Reuters, as the debt-laden U.S. oil producer tries to save cash amid tumbling energy prices.

Global oil prices have dropped 60% since January as fuel demand has plunged because of the coronavirus pandemic that threatens to cause a global recession and as Saudi Arabia and Russia plan to increase supply to grab market share.

Occidental has pared spending on production, cut its shareholder dividend, dismissed staff and sold assets to avoid being overwhelmed by the debt taken on to pay for its $38 billion acquisition of rival Anadarko Petroleum. 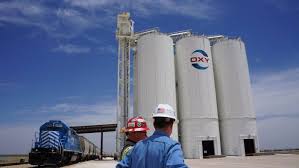 The deal was an ill-timed bet on rising oil prices that soured within months of the deal’s closing. Crude oil traded at $27.64 a barrel Wednesday morning in Asia, below the level that Occidental recently said it needs to cover expenses.

“During this unprecedented time impacting our industry, and the global economy, we’re taking aggressive actions to ensure the health of the company while protecting jobs,” company spokeswoman Melissa Schoeb said in a statement.

“We notified our employees of a number of measures we will be implementing, including compensation reductions, which will impact everyone at the company starting with the management team,” she wrote.

Occidental will cut the salaries for some U.S. employees who earn more than $76,000 a year by up to 30% effective April 1, according to the memo and employee comments on website thelayoff.com discussing the salary cuts.

The pay of Chief Executive Vicki Hollub, who championed the Anadarko acquisition and convinced Berkshire Hathaway Chairman Warren Buffett to invest $10 billion in the deal, will fall 81%. Salaries of other top executives will be reduced by an average of 68%, the memo said.

Some workers who joined the company from Anadarko and are protected by terms of the acquisition agreement, will see their salaries lowered by 4.9%.

The Wall Street Journal earlier reported on the pay cuts.

The reductions follow two cuts to its 2020 capital budget and an 86% reduction in its shareholder payout. After those cuts, the company said it would be able to cover its expenses with oil in the low-$30 a barrel range.