Boulder, Colorado to drop business with firms invested in oil and gas

Few changes in rig counts across Oklahoma and the U.S. 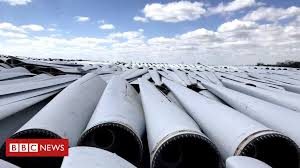 There’s growing concern in the Wyoming House of Representatives about the disposal of old and outdated wind turbine blades.

The House voted this week to introduce a bill to ban the disposal of the old blades in Wyoming.

House Bill 217 would make it a misdemeanor to dispose of such blades in Wyoming and would impose fines of up to $1,000 for people convicted of doing so. 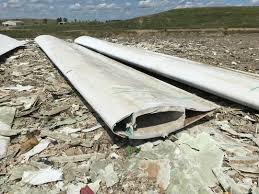 During a budget session, at least two-thirds of the House must vote to have a proposed bill introduced. Those bills which meet this threshold are then assigned to a committee.

Committees which have been assigned bills after approval on an introductory vote in the House will vote to “pass,” “do not pass” or “pass with amendments.”

Bills which make it out of committee then return to the full House for consideration. The House then must approve a bill on three readings before it is sent to the Senate.

If that committee can reach a consensus, the bill is sent to the governor who can sign or veto the bill. The House and Senate are able to override a veto with a two-thirds majority vote.