Wind industry challenged with how to dispose of turbine blades 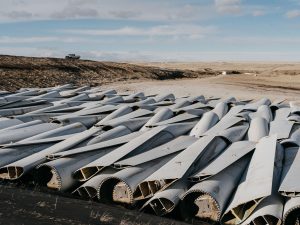 The wind industry is one of the strongest supported renewable energy industries in the U.S. but there’s one matter that is a challenge to the industry. What to do with old wind blades that are no longer usable and to find a way to recycle them. 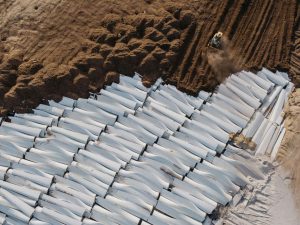 As Bloomberg News reported this week, an estimated 8,000 will be hauled to dumps in the U.S. in the next four years—blades that are longer than a Boeing 747 wing. Tens of thousands of the blades are facing the same fate around the globe. Bloomberg focused on a Casper, Wyoming landfill where nearly 900 such blades are being buried after they were cut apart.