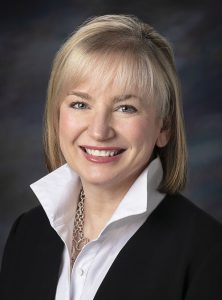 Allete is the parent company of Minnesota Power and company president Bethany Owen became the first woman to hold the position. She replaces Al Hodnik who is retiring.

“I am humbled and excited to lead Allete and its incredible team of talented and dedicated employees,” Owen, 54, said in a statement.

The 303-Megawatt Diamond Spring Wind project in southern Oklahoma is Allete’s largest wind project in the U.S. It is located in Johnston and Pontotoc counties 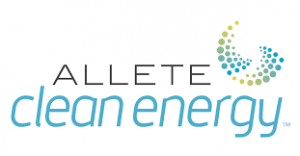 Last year, Owen, who has been with the company since 2002, was promoted to president as part of “strategic succession planning” for Hodnik’s planned retirement, the company said.

“Bethany’s strong values-based leadership style, her proven ability to execute while positioning against winds of change and her laser focus on talent development will assure Allete’s momentum continues as the new decade dawns,” said Hodnik, 60, who will remain on the board as executive chairman until May 2021.

In addition to Minnesota Power, which has more than 145,000 customers across northern and central Minnesota, Allete owns Superior Water, Light and Power as well as Allete Clean Energy and BNI Energy.

Owen, who earned a law degree from the University of Minnesota Law School, takes over at a busy time for Minnesota Power, the largest part of Allete.

The utility is seeking a 10.5% rate increase that state regulators will rule on late this year or early next. In January, an interim increase went into effect, adding about $6 to the average homeowner’s monthly bill.

Minnesota Power is also on track to get half its energy from renewable sources by next year, and it has proposed a $700 million natural gas plant in Superior that is wading through the regulatory process in Wisconsin and Minnesota.

The company employs 1,339 people across all its businesses and is the sixth-largest employer in Duluth.