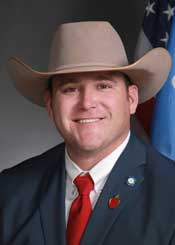 The creation of an Oklahoma Sustainable Waters Act of 2020 was one bill that received support from a State House Committee before a Thursday deadline on bills.

Rep. Trey Caldwell of Lawton authored the measure that was approved on a 17-0 vote in the House Energy and Natural Resources Committee. It was sent to the full House for a vote.

One measure that never received a vote in the committee was Rep. Denise Brewer’s bill against allowing utilities to increase rates or create a surcharge on solar customers. HB 3865 had the support of the Oklahoma Chapter of the Sierra Club which attempted to create a campaign to pressure committee leaders for a vote.