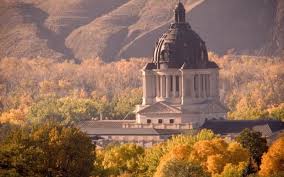 An attempt failed Tuesday that would have required South Dakota regulators to reconsider a permit if a utility project hadn’t been built in 10 years.

Senate Democratic leader Troy Heinert of Mission brought SB 126 primarily because of the Keystone XL oil pipeline that is still in the preliminary stages according to KELO TV in South Dakota.

The state Public Utilities Commission granted a permit for the South Dakota segment of the XL project in February 2010 and determined the permit remained valid in January 2016.

Construction on the South Dakota part could start later this year.

TC Energy received initial approval in January from the state Water Management Board to draw from the Cheyenne, Bad and White rivers in western South Dakota.

The water board meets February 26 to consider proposed findings of fact and conclusions of law.

Heinert is a member of the Rosebud Sioux Tribe, one of several tribal governments, organizations and individuals who opposed granting the water permits.

Many of them also opposed the utilities commission’s 2016 certification finding the pipeline permit was still good.

The company, previously known as TransCanada, has one crude-oil pipeline running through eastern South Dakota.

Indian tribes had received all land in Dakota Territory starting at the east bank of the Missouri River in the 1800s.

But they were later put onto separate, smaller reservations, so that homesteaders could compete for open property.

Heinert said conditions such as the price of oil have changed since 2010 when the XL project received its PUC permit.

He said the Keystone pipeline through eastern South Dakota also had two spills of significant size.

The XL pipeline has the potential to ruin South Dakota’s tourism and agricultural economies if it were to break and run into a watershed or the Missouri River, according to Heinert.

“We’re willing to say, ‘Ahhh, you proved it ten years ago, we believe ya.’ That to me, I think, is a stretch, no matter what,” Heinert said.

He added, “As far as this solely directed at Keystone XL, I don’t see anybody else spilling oil in South Dakota. Maybe we need to rethink this. Ten years is a long time.”

A lobbyist for the Cheyenne River Sioux Tribe spoke in favor of Heinert’s bill.

Drew Duncan, who told the committee he’s been a lobbyist for TransCanada since 2006, said state laws work well now. He said the PUC must hold public hearings along the project and projects have to prove it meets standards.

If the project hasn’t been built within four years after getting a permit, the project has to return to the commission and prove it’s still viable and can still meet the permit conditions, Duncan said.

“So what this bill will do is, essentially, will upset that apple cart, and essentially say the administrative process becomes more than that,” Duncan said.

He added that the bill was aimed solely at TransCanada and the Keystone XL pipeline. He said that’s not good policy.

“It creates an additional burdensome condition. It upsets the work that’s been done, by the PUC in this particular instance, and we find it something we can’t accept,” Duncan said.

Brett Koenecke, a lobbyist for South Dakota’s electric utility companies, also opposed the bill. Koenecke said it was “improper” to let intervenors have a second chance to bring a matter back up for further review by the commission.

“This bill affects not only pipelines, but power lines, power plants, wind farms, solar farms and a host of other things, not just pipelines,” Koenecke said.

He explained that projects facing challenges, such as financing or access to a power-transmission grid, can go dormant. “Sometimes they come back, sometimes they don’t,” he said. But he questioned why the Legislature would want to give another opportunity to people who had opposed the project or had concerns about it.

The Senate Judiciary Committee voted 5-1 to kill it, after Senator Craig Kennedy, a Yankton Democrat, couldn’t get support for his request that the committee support it.

Senator Lee Schoenbeck, a Watertown Republican, called for the bill to die.

“We have a process in place. It’s an orderly one that’s been exhaustively utilized by the opponents of this pipeline. We’ve had pipelines in South Dakota for decades. In the current political environment we couldn’t have built the railroad or the interstate, given the opposition that’s out there. I don’t think we need to upset the system that’s functioning,” Schoenbeck said.

The Legislature last year quickly adopted two Noem bills on pipelines over objections from tribal government officials and others.

They came after seeing a months-long protest in North Dakota against the Dakota Access oil pipeline.

HB 1117 seeks to bring state laws into compliance with the judge’s order.

“While proponents of this bill (HB 1117) say they’re concerned only about riots, the context is clear: this legislation is a direct reaction to some of the most effective protests in modern American history, including the work done by water protectors challenging the construction of the Dakota Access Pipeline at Standing Rock,” Candi Brings Plenty, indigenous justice organizer for the ACLU of South Dakota, said in the news release.

“This bill and the narrative surrounding it only creates a state of fear that pits activists and organizers who are exercising their First Amendment rights against government officials and law enforcement,” Brings Plenty said.