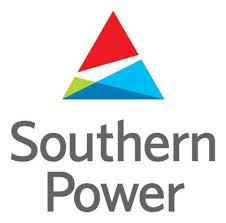 Wildhorse is owned by Southern Power which announced this week the wind farm became operational. Power from the operation is being supplied to the Arkansas Electric Cooperative Corp. under a 20-year contract.

The farm is comprised of 29 wind turbines. Southern Power acquired the project in May 2018 from Renewable Energy Systems.

As a result of Wildhorse going operational, Southern Power now has more than 2 gigawatts of wind powered electricity from its wind farms.

“Wildhorse Mountain Wind Facility is our fourth wind project in the state of Oklahoma, and we are pleased to see this project achieve commercial operation,” said Mark Lantrip, CEO of Southern Power.

“This additional facility showcases our commitment to the development of wind energy and is an excellent addition to our growing renewable fleet.”

What is unusual about the Wildhorse Mountain is its location—eastern Oklahoma. It is the latest wind farm to be built in the area. Another wind farm is being constructed by ALLETE in a site east of Ardmore.

Southern Power currently owns or operates more than 2,058 megawatts of wind generating capacity at 12 facilities operating or under construction in Kansas, Maine, Oklahoma, Texas and Washington. In October 2018, the company announced its first wind facility in Kansas, the 200-MW Reading Wind Facility.

Southern Power and its subsidiaries, some of which are owned in part with various partners, own or operate 49 facilities operating or under construction in 12 states with more than 11,864 MW of generating capacity in Alabama, California, Delaware, Georgia, Kansas, Maine, Nevada, New Mexico, North Carolina, Oklahoma, Texas and Washington.