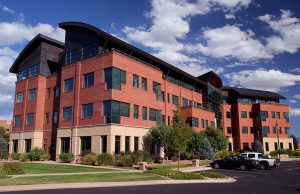 The new Bureau of Land Management headquarters in Grand Junction, Colorado continue to be the source of criticism of the decision to move headquarters out of Washington, D.C.

Democrats opposed it. So did the BLM employees who didn’t want to leave the Beltway in the District of Columbia. Now some of the BLM workers in Colorado have reportedly been temporarily reassigned to the new headquarters to allegedly give the appearance that the building is occupied.

At least that’s what some of the workers are telling E&E News.

A dozen or so employees last month began temporarily working in the new building, first from the nearby Grand Junction Field Office, which includes staffers in the Southwest District Office, according to multiple BLM sources with knowledge of the situation.

BLM recently reassigned two other employees to the new headquarters from its Colorado River Valley Field Office in Silt, Colo., some 60 miles northeast of Grand Junction, a BLM source said.

“The temporary local staff move is a minor misuse of tax dollars and probably also a minor disruption to normal workflow, but I think noteworthy for the deception,” a BLM employee who asked not to be identified told E&E News. “It does, however, allow BLM to truthfully say HQ staff are already working in Grand Junction.

“It is unclear to me who this charade is supposed to impress,” the employee said.

BLM defended the temporary reassignments in a statement to E&E News.

“Local staff helping in the new headquarters are predominantly doing their everyday jobs but are present and available to help BLM personnel rotating in as we get settled,” the statement read. “It has been fantastic having them there to help out and their support has been invaluable.”