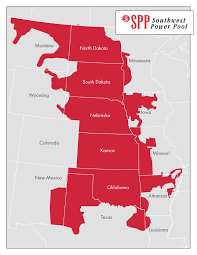 The Southwest Power Pool, of which Oklahoma is a part filed a request last week with regulators requesting a tariff for rates, terms and services for the Pool’s Western Energy Imbalance Services market.

The SPP hopes to launch the market in a year and has signed up seven utilities to be a part of it. However, David Kelley, Director of Market Design for the grid operator expects to add to the roster according to

SPP asked the Federal Energy Regulatory Commission to act on its tariff within 90 days, but the market is not planned to begin operations until Feb. 1, 2021. According to Kelley, there is still software to be designed and necessary hardware upgrades, as well as and training for balancing authorities (BAs) and utilities that is still ongoing. 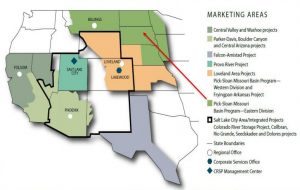 It isn’t clear exactly how much money SPP’s imbalance market will save participating utilities, but officials say there will be savings generated from aligning generation and load more efficiently.

SPP previously operated an imbalance market from 2007 to 2014, and Kelley said that iteration saved participants about $100 million in its first year of operation. But he cautioned against making comparisons, saying the WEIS “has a different footprint and participants.”

Each participating utility will make its own estimates of potential savings ahead of the launch, he said.

The previous energy imbalance market evolved into SPP’s Integrated Marketplace when the grid operator implemented day-ahead unit commitment and other market products. That happened in March 2014, and the marketplace continues to operate today, though officials say it has continued to evolve.

SPP operated the original EIS market and Integrated Marketplace on behalf of members and participants in the Eastern Interconnection.

The new imbalance market will operate in the Western Interconnection. Once operational, more-efficient generation dispatch could result in helping to bring more renewable energy online, said Kelley, though utilities will ultimately make decisions regarding their own resource mix. In its tariff filing, SPP said its prior energy imbalance market optimized the dispatch of a “diverse set of generating resources across as many as sixteen different BAs and saw renewable wind generation increase 375%.”

“This centralized dispatch uses [Security Constrained Economic Dispatch] market optimization software within and across the boundaries of participating BAs utilizing both their own resources and the resources of other participating entities to make more efficient use of the transmission system and reduce the production costs of satisfying load and resource Imbalance Energy obligations,” SPP told federal regulators.

The dispatch will optimize the use of all available resources across the WEIS market footprint to help balance load and generation on a five-minute basis.