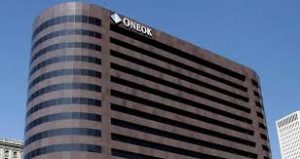 As it announced an 11% increase in net income to $1,278.6 million, ONEOK is also expanding its natural gas liquids pipeline that runs from the Bakken in North Dakota to Kansas. It is a $305 million project.

The Tulsa-based company also will add a new processing facility to its Elk Creek Pipeline that became operational in December 2019. The line can transport up to 240,000 barrels a day of natural gas liquids including ethane, propane and butane. 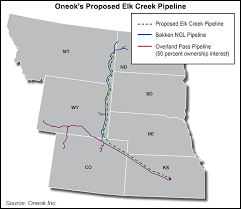 Oneok wants to add 10 pump stations along the line in Montana, Wyoming, Colorado and Kansas to boost its capacity to 400,000 barrels per day. The company, which announced the expansion this week, estimates the upgrades will cost $305 million. Oneok plans to start transporting more natural gas liquids via the pipeline in early 2021 and ramp up to the line’s full capacity by the third quarter of the year.

“That expansion will be necessary in order to keep pace with growth,” said Justin Kringstad, director of the North Dakota Pipeline Authority.

North Dakota processes just more than 600,000 barrels per day of natural gas liquids, and that figure is expected to increase in the years ahead, he said.

The Elk Creek Pipeline begins in Richland County in eastern Montana and runs for 900 miles to Kansas. It does not cross through North Dakota, although it carries natural gas liquids from the state that it receives via other pipelines. Once those liquids arrive at their end destination, the various components are further separated so they can be used to manufacture plastics or to make cooking fuel, to name a few applications.