$100 million expansion of Seaboard plant in Guymon to begin 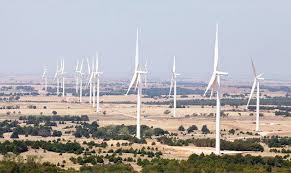 Many of those deals cut by Amazon, Facebook, Walmart and numerous other national companies for electricity from wind farms in Oklahoma make up a new report on 2019’s Top 10 Large Energy Buyers. Two of the top-ten companies have major power purchasing contracts in Oklahoma.

The report from the Renewable Energy Buyers Alliance showed Facebook at the top of the list with the purchase of 1,546 gigawatts of power. The Alliance report showed companies acquired 9.33 gigawatts of renewable energy in the U.S. 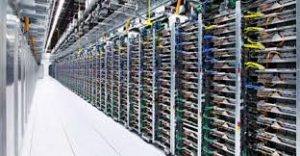 Perhaps the largest purchaser of renewable energy in the state is Google, a company with a massive and expanding data center in Pryor. It began its first purchase of wind power from the Minco wind farms in 2016 and at last report obtained nearly 600 megawatts of renewable power in the state.

“Well over half of all energy consumption comes from the commercial and industrial sector, so it is increasingly important that large energy buyers are identifying opportunities to reduce emissions,” said Miranda Ballentine, CEO, REBA. “The leaders on our list understand that as part of their environmental, social and governance planning, integrating renewable energy is one of the most significant ways to work toward a zero-carbon future while contributing to local economies.”

The continued growth of large-scale energy buyer led procurement of renewable energy, as well as a surge of first-time buyers accounting for more than half of transactions, according to the Alliance.

The benefits of these commitments extend beyond helping achieve carbon reduction targets – these renewable energy projects also drive the creation of jobs and can revitalize local economies.