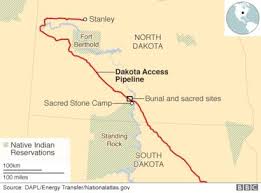 A plan to nearly double the amount of crude oil flowing through North Dakota’s Dakota Access Pipeline was approved by state regulators this week. But the Standing Rock Sioux tribe indicated it will challenge the decision in court.

Energy Transfer’s plan calls for construction of a pump station in Emmons County and work is expected to begin this spring after the unanimous approval from the North Dakota Public Service Commission.

The Bismarck Tribune reported the company said it’s “pleased” with the vote, and added in a statement that the decision “brings us another step closer to being able to optimize the existing pipeline to safely transport up to 1.1 million barrels of crude oil per day, to more efficiently accommodate the increasing market demand for Bakken crude oil.”

The PSC’s approval could be challenged in court by the Standing Rock Sioux Tribe, which still seeks to shut the pipeline down through a federal lawsuit it filed over the project when it was under construction in 2016. The tribe also intervened in the expansion case before the PSC. 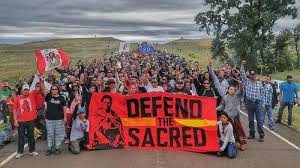 Standing Rock Chairman Mike Faith said he wasn’t surprised by the vote but was “very disappointed to hear today’s outcome.” The tribe is examining its options for legal recourse, he said.

Energy Transfer still seeks approvals from regulators in Iowa and Illinois to complete its expansion plans, which include putting in a total of three pump stations along the 1,200-mile line and making upgrades to boost the horsepower of other pumping facilities. With its planned capacity increase, the pipeline would have the ability to take three-quarters of all oil produced in North Dakota to market, transporting it closer to refineries in other states or toward ships that would carry it overseas.

Standing Rock has raised concerns about the risk of a pipeline spill throughout the course of the PSC proceedings on the expansion case, including at a 15-hour hearing in Linton last November.

Commissioners maintain that many of the issues raised by the tribe fall under the jurisdiction of the federal government, specifically the U.S. Pipeline and Hazardous Materials Safety Administration.

“Your concerns were heard, and they are reflected in this permit and addressed by the many ongoing regulatory processes that are in place,” Commissioner Julie Fedorchak said Wednesday.

She addressed several of the main issues brought up by the tribe, such as the worst-case spill scenario under the expansion. Energy Transfer said the potential worst-case spill would occur from a storage tank at the pump station.

Federal regulations require that the pipeline company “have resources available to respond to their largest tank spilling any place along the line, not just at the location where that could happen,” Fedorchak said.

She also touched on surge, which is a sudden shift in a pipeline’s pressure triggered by a significant change in flow, such as a valve inadvertently closing.

“As discussed in the hearing, surges are very, very rare,” Fedorchak said. “That said, they are serious and so there are significant regulations guiding them.”

She cited a federal rule that prohibits the pressure during surges from exceeding 110% of the pipeline’s maximum operating pressure.

“Dakota Access has committed to managing surge so as not to exceed 105% of the operating pressure limit on the pipeline system,” she said. “They’re operating it and protecting it 5% tighter than the federal requirements.”

She also pointed to other measures the company has taken, including agreeing to follow the recommendations of an expert consultant that Energy Transfer hired to address surge potential.

A document with the consultant’s analysis is among a handful of spill-related documents that Standing Rock pushed the PSC to require Energy Transfer to disclose publicly.

At a meeting last month, commissioners were hesitant to grant that request, not wanting to overstep on safety matters they say fall to federal regulators.

Standing Rock then made one more attempt to get Energy Transfer to disclose the documents, which include information the tribe wanted to review about the pipeline’s pressure and the company’s own analysis of the severity of potential spills. The tribe sought permission to issue a subpoena if the commission did not act itself, arguing that the information “is squarely relevant” to the PSC’s permitting decision. Commissioners are tasked with determining whether a project will produce “minimal adverse effects” to the environment and residents. The PSC on Wednesday effectively rejected the tribe’s request in another unanimous vote.

Tim Purdon, an attorney for the tribe, said Standing Rock brought nationally recognized pipeline experts to the commission during the November hearing “to identify specific red flags and press for information that would help address those red flags, and the PSC chose not to act on that.”

“Imagine what this process looks like if the tribe doesn’t intervene, doesn’t come forward with these experts?” he said. “Who raises that? Who is in a position to independently verify what the company is saying? The tribe’s contribution to this process can’t be overstated.”

Fedorchak said the proper time to subpoena documents would have been “on the front end,” before the hearing, so that their contents could be discussed there.

Energy Transfer maintains that the pipeline expansion would be safe and would not increase the risk of a spill. Rising oil production in the Bakken and increased demand for transportation prompted the company to propose boosting the line’s capacity. North Dakota produces just under 1.5 million barrels per day of oil, which is more than a 400,000 barrel-per-day increase over when the Dakota Access Pipeline first started operating in June 2017.

The PSC’s two other commissioners also weighed in on the expansion.

“After one of the most extensive public hearings in commission history, to me it’s clear that this pipeline optimization project meets all of North Dakota’s siting criteria and is in the best interest of our citizens,” Commissioner Randy Christmann said.

“It is the safest means of transporting crude oil, and crude oil is something that fuels our economy, it fuels our nation,” he said.

Energy Transfer estimates that construction of the $40 million facility will take eight to 10 months, which means that work at the site would wrap up around the end of 2020 or the beginning of 2021 if it starts this spring, as the company said it would Wednesday.

Energy Transfer is free to build the Emmons County pump station now and does not need to wait to secure approvals for the expansion from other states, Fedorchak said.

“It’s at their own risk,” she said. “If they don’t get the other approvals, then their investment might be lost.”

The Illinois Commerce Commission has scheduled a hearing for early March. A decision from Iowa regulators is pending, as well. Energy Transfer has secured a permit from a South Dakota county where it plans to build another pump station, and state regulators there say the project does not require their approval.

Standing Rock, meanwhile, is putting together an emergency response team in case the pipeline were to leak at its Missouri River crossing just north of the reservation. The tribe draws its water from the river.

A major spill could affect the reservation “for many, many years,” said Faith, the tribal chairman.

The tribe recently met with state emergency officials to hash out details for a collaboration on spill response training. The tribe and state plan to partner on a “tabletop” exercise, in which they would talk through spill scenarios, and they are eyeing July as a potential time to hold a mock spill response event to “actually get on the river,” Faith said. The tribe also has been in touch with several companies that specialize in oilfield spill response about coordinating efforts.

Cleaning up a spill along the northern border of the reservation could be complicated, Faith said. The water level there fluctuates, and responders might have to deal with erosion and strong winds.

Energy Transfer says it has systems in place to detect leaks quickly and shut down the pipeline should a spill occur.