No letup in oil exploration in Oklahoma’s STACK play 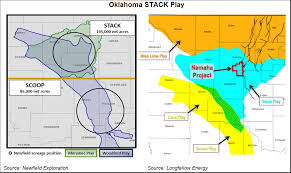 Red Bluff Resources Operating obtained three drilling permits for Canadian County. Two were for a single pad site six miles north of Piedmont and one was for a site 5 miles southwest of Piedmont.

Ovintiv Mid-Continent Inc. received three permits for a single site three miles northwest of Okarche. Two others were for an adjacent site.

Continental Resources Inc reported a well with production under 400 barrels of oil a day in Grady County.

Chaparral Energy LLC completed two wells from a single pad site in Kingfisher County and combined production was 910 barrels of oil a day. The wells are just outside the city limits of the northeast side of Dover.