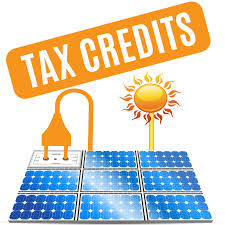 Four years after New Mexico’s solar energy tax credit faded away, state legislators have voted to restore it and Gov. Michelle Lujan Grisham says she’ll sign it back into law.

Supporters say it could create thousands of jobs according to the Carlsbad Current Argus.

Senate Bill 29, known as the Solar Market Development Income Tax Credit Bill passed the House, its final stop before Lujan Grisham’s desk, on a vote of 51-19.

It passed the Senate 33-6 earlier this month.

SB 29 would provide a 10 percent tax credit toward the purchase of rooftop solar arrays for residents and business owners, capped at $6,000 per taxpayer per year.

The tax credit would be available for eight years starting in 2020, and last expired in 2016.

Lujan Grisham, who supported the move during the 2020 Legislative Session and last year, said the bill would make solar energy more accessible to home and business owners while increasing New Mexico’s renewable energy portfolio – a signature priority of her administration since Lujan Grisham took office in 2019.

“By reinstating the solar tax credit, we’re making sure New Mexicans have an easier path to installing solar on their homes and businesses. This not only saves consumers money but reduces our carbon footprint, moving New Mexico closer to our absolutely essential climate goals,” Lujan Grisham said in a statement following the bill’s passage.

“I applaud the Legislature for supporting this bill to expand renewable energy jobs in New Mexico.”

The purported employment benefits of accessible solar energy were also touted by SB 29’s sponsor Sen. Mimi Stewart (D-17) during committee hearings and debates as the bill moved through the Legislature.