Wyoming’s governor vows to protect oil and gas and coal

Public forum to be held by DEQ in Oklahoma

Plans to improve the San Juan coal plant in northwest New Mexico and use carbon capture to make it a clean operation are being criticized in a new report.

Investors in Enchant Energy’s project are being told the company is underestimating the cost of the project and could be at risk for up to $450 million.

Enchant’s estimates are based on analysis from engineering firm Sargent and Lundy, and the company said it is confident in those results. “We have done our homework and we’ve had access to data that [IEEFA hasn’t] had,” Enchant Chief Operating Officer Peter Mandelstam told Utility Dive.

The 847 MW San Juan plant is a fixture of the Farmington, New Mexico, community, providing economic benefits in jobs and taxes that the city is not ready to give up. In August 2019, the city formed an agreement with Enchant, allowing the company to take over 95% of the plant’s ownership, leaving the city with the remaining 5%. 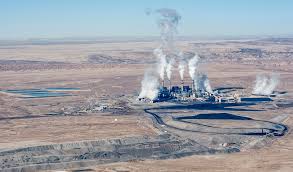 Enchant estimates total retrofit costs will fall just under $1.3 billion, assuming the plant operates at 85% to 100% of its potential capacity over the next 12 years. Under that level of production, the company found it could capture 6 million tons of carbon per year — or 90% of the plant’s emissions, assuming the 85% capacity factor — and transport that carbon through the Cortez pipeline up to the Permian Basin to be used for enhanced oil recovery. Revenue from that CO2 is anticipated to range from $15-$20 per ton.

But IEEFA says the assumptions those numbers rely on are too optimistic, starting with the assumed capacity. The firm points out that only around 3% of coal-fired plants in the U.S. operated at such a high capacity factor in 2018, and the two remaining San Juan units have only operated around 63% since 2017, a gap PNM has noted as well.