Most Oklahoma counties see an increase in jobless rates 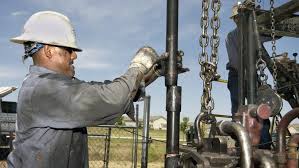 The oil and gas slowdown hits Oklahoma’s jobless rates as most counties saw increased numbers of unemployed in December 2019.

The Oklahoma Employment Security Commission says rates were higher in 53 counties, lower in 13 counties and unchanged in eleven others compared to December 2018.

Latimer County in the southeast had the highest December rate at 7.2% followed by McIntosh County at 6.4%. The lowest rate was 1.6% in Cimarron County in the Panhandle.

Of the state’s major metro areas, Oklahoma County’s December 2019 jobless rate was 2.9% while Tulsa’s was at 3%.

Unemployment in Comanche Country, home to Fort Sill and Lawton was 3.3%.

The jobless rate in Garfield County, home to Enid and Vance Air Force Base was 2%. Sequoyah County and the city of Muskogee reported a jobless rate of 4.3%.