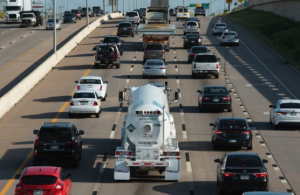 A new report by Oklahoma Watch says more than 13,000 drivers have bought insurance after being caught by cameras used in the state’s insurance verification system.

But Oklahoma’s new tag law, which requires drivers to keep their license plates when they buy a new vehicle, should help cut down on the number of “false positives” in the verification program. The citation fee is $174. Before the program began, officials estimated nearly 600,000 drivers lacked car insurance.