Denver’s Extraction Oil and Gas Inc. announced the layoff of 20% of its workforce while the oil and gas industry suffers a slowdown.

The 20% equates to about 60 workers from the company’s downtown headquarters and field operations in the D-J Basin.

“We reorganized our workforce into a more streamlined structure that better matches our operational footprint here in Colorado,” Brian Cain, company spokesman told the Denver Business Journal. “Unfortunately, this resulted in difficult but necessary organizational changes … This was a difficult decision and one we did not take lightly.”

The company had been growing, approaching 300 employees in early 2019. But a decline in oil and gas prices and a national slowdown in oil and gas coupled with a thornier local regulatory environment has complicated business for Extraction.

Its growth and debt, and its drilling territory close to northern metro-area suburbs have made it one of the most closely watched Colorado oil companies by investors. 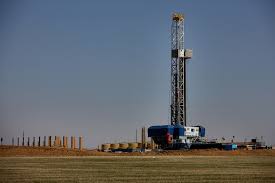 The company lost $43.6 million on $620.9 million revenue in the first three quarters of 2019. Its revenue dropped nearly 20% year over year growth despite the fact Extraction produced more crude oil and natural gas.

Extraction’s acting CEO Matt Owens last fall told Denver Business Journal the company would be bolstered by the growth in oil production from new wells it completes this year.

But that hasn’t gone smoothly in Broomfield, where the noise from the 18-well drilling and fracking operation triggered a new nighttime noise ordinance that the city cited Extraction for violating last week.

The company’s layoffs are the latest in a string over the past year for the state’s oil and gas industry.

Resolute Energy and Jagged Peak Energy each laid of dozens of employees last year while being acquired.

Occidental Petroleum Corp. (NYSE OXY) has reduced its staff by a significant but unknown number of people locally since it bought out Anadarko Petroleum last fall. Most of the reduction has been the result of voluntary separation agreements reached with employees, but some employees were laid off recently, too, according to spokeswoman Melissa Schoeb.