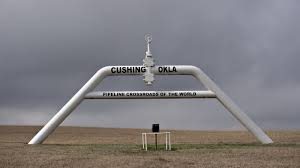 A joint venture on a pipeline from Cushing to Texas is extending its period to find commercial support for a capacity expansion.

Houston’s Seaway Crude Pipeline Co. is a joint venture between Enterprise Products Partners LP and Canadian-based Enbridge Inc. They are looking for customers to fill space on the 200,000 barrel-a-day capacity expansion project from Cushing, Oklahoma to the Texas Gulf Coast region.

The company stated that if it decides to move forward with the project, the first 100,000 barrels per day of new capacity would come online in the second half of 2020. Full expansion in service would be finalized in 2022.

The company started soliciting shipper commitments on the pipeline, a period called an open season, on Dec. 16, and it was originally meant to close on Feb. 14. Now Seaway has extended the closing date, but it hasn’t said when the new end to the open season will be. The company will give at least 30 days’ notice to the end of the open season, when it does come, Seaway said. 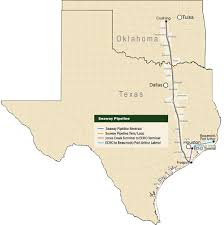 The company is extending the open season to give interested shippers time for their own internal reviews. Seaway may change the terms of the open season based on feedback from potential customers, the company said.