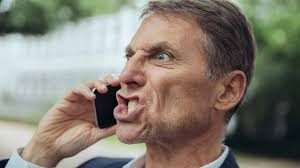 The Oklahoma House Utilities Committee has passed legislation to prevent telemarketers from replicating phone numbers and misrepresenting the origin of a phone call.

House Bill 3081, authored by Rep. Kyle Hilbert (R-Bristow), would prohibit callers from tampering with information displayed on caller IDs to disguise their identities. This practice is known as “caller ID spoofing” and is a common tactic used by telemarketers and scammers.

“House Bill 3081 prohibits telemarketers from replicating phone numbers or misrepresenting the origin of a phone call in order to deceive call recipients,” Hilbert said. “Until this issue is resolved at the federal level, we must do everything we can as a state to help cut down on these predatory and time-consuming practices.”

“I was happy to hear this bill in the Utilities Committee and to vote for it. We need to make sure we stop the deceptive practices behind these calls that are harmful to our senior citizens and other vulnerable adults,” said House Majority Leader Mike Sanders (R-Kingfisher), the chair of the House Utilities Committee.

HB3081 passed the House Utilities Committee 10-0. It is co-authored in the Senate by Sen. James Leewright (R-Bristow) and is now available to be considered by the House.