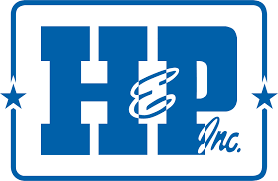 Tulsa’s Helmerich & Payne announced first quarter fiscal year results showing a net income of $30.6 million or 27 cents per share, up from the $19 million and 17 cents a share reported in the same quarter the previous year.

The net income in the most recent quarter was from operating revenues of $615 million compared to $649 million in revenues for the quarter that ended Sept. 30, 2019.

The company said its quarterly U.S. land revenue dropped $36 million to $509 million over the previous quarter. Its revenue days were down 6% as well while the company’s adjusted average rig revenue was flat..

President and CEO John Lindsay commented, “As we look back on the challenges the industry experienced in 2019, our leadership position and performance continued to demonstrate our ability to
deliver value while adapting to rapidly changing market conditions. This quarter’s results reflect the
momentum of those successes.”

He said the company continued to gain market share during the quarter while the overall industry rig count declined. Lindsay attributed the  increase to a growing demand for the kind of rigs his firm operates.
“We are encouraged as we head into fiscal 2020. For the first time in four quarters our ending rig count was sequentially higher than the previous quarter’s ending rig count,” he said. “Turning to our international operations, we remain optimistic about the opportunities we are seeing in the Middle East. Our rigs in the Middle East are now fully utilized and prospects for further growth will likely result in exporting additional FlexRig drilling rigs from the U.S.”