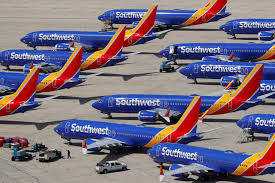 The Federal Aviation Administration announced it plans an audit of its training procedures for the controversial Boeing 737 MAX 8 jetliner of which two crashed in 2018 and 2019, leaving hundreds dead.
“These fatal accidents have drawn widespread attention to FAA’s oversight and certification practices, including the Agency’s process for establishing pilot training requirements for the aircraft,” stated the announcement.
It’s not known if the FAA’s center in Oklahoma City will be involved, but many crash investigations are carried out by the center.
The first of the 737 MAX 8 crashes occurred Oct. 29, 2018 when a Lion Air Flight went down after taking off form Jakarta, Indonesia, killing 189 people. It was five months later, March 10, 2019 when Ethiopian Air Flight 302 crashed after takeoff from Addis Ababa, killing 157 people.
Since the Boeing 737 MAX 8 jetliner was certified by the FAA in March 2017, the agency has been asked by congress to investigate.
In light of these concerns, the Chairmen and the Ranking Members of the House Committee on Transportation and Infrastructure and its Subcommittee on Aviation requested that we review domestic and international pilot training standards related to commercial passenger aircraft, including the use of automation.
“Accordingly, our audit objectives will be to (1) evaluate FAA’s process for establishing pilot training requirements for U.S. and foreign air carriers operating U.S.-certificated large passenger aircraft, and (2) review international civil aviation authorities’ requirements for air carrier pilot training regarding the use of flight deck automation,” stated the FAA announcement.
The focus of the probe will be on the plane’s new automation system which is known as the Maneuvering Characteristics Augmentation System (MCAS)—that Boeing included on the MAX aircraft to improve aircraft performance. According to the Lion Air accident report, the pilots’ responses to erroneous activations of MCAS contributed to the crash, raising international concerns about the role of pilot training.
Airlines have grounded their Boeing 737 MAX 8 planes—nearly 400 in all, including American Airlines which flew some to the Tulsa maintenance center and parked them. 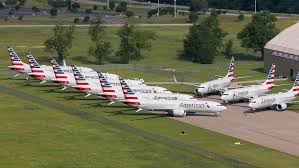 At American Airlines’ Tech Ops-Tulsa, the carrier’s largest maintenance base, workers have for 10 months been babysitting more than $2 billion worth of the 737 Maxes. Two-thirds, or 16, of American’s Max 8s are here; the other eight are at a storage facility in Roswell, New Mexico.