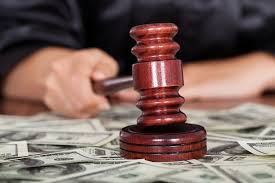 ExxonMobil will contribute $500,000 to a fund used to clean up leaks from petroleum storage tanks as part of a settlement reached with New Mexico.

The  Associated Press reports the settlement stems from a 2010 lawsuit that alleged the company used money from the state Corrective Action Fund to clean up petroleum contamination at a service station in Taos but that it also collected on its own insurance coverage for the costs of remediation at the same site.

ExxonMobil was accused of failing to disclose the existence of the insurance coverage and the reimbursement it received from its insurance policies.

The company has denied the allegations, maintaining that it did not misrepresent facts and was legally entitled to payments from the fund. The company agreed to pay into the fund to settle the case.

The settlement totals more than $1 million. Aside from the $500,000 that will be diverted to the fund, the attorney general’s office and the state’s general fund will share in the proceeds.

State officials said the fund is often the only way petroleum leaks can be cleaned up, as many former tank owners and operators are financially unable to pay for the work.